Maaike Fransen (1987) is a multidisciplinary artist who dreams with her hands. Her work takes place at the crossroads between fashion, design, performance and film. Using found materials as her starting point, she fashions hybrid objects that lie midway between tools and autonomous sculptures and are often based on the human body. These objects are frequently used in performances and films; on the one hand, Fransen puts herself centre-stage in her work, and on the other, she attempts to disappear into it. Central to her art are personal and contemporary themes such as ‘life as a man-made construct’, individualism and the tension between the longing for freedom and the need for security. The question of how art and living, working and being, can coalesce is the common thread running through her oeuvre.

Fransen is a master at playing with expectations and hidden meanings. Transformation and ambiguity assume an important role in her work. With her vivid and humorous imagery, she creates a world in which nothing is (only) what it seems, and nothing resembles anything you’ve ever seen before, even if it bears a striking resemblance. Seemingly everyday objects are brought together in an unexpected way and unlock a unique universe with its own strange logic. A small selection from many examples: a cello case doubles as a mobile ornamental fountain; two enormous aluminium tubes together form a vehicle in which the artist can move herself about; a stack of clothes drying racks is transformed into a shrine in an enigmatic ritual, a ritual that is simultaneously an ordinary act: baking pancakes.

In Maaike Fransen’s world, objects serve a practical purpose, but they are also carriers of meaning and narratives. Everything is multifunctional, multidimensional and multi-interpretable. Function, material, form and meaning totally converge. This is why her work raises questions about the relationship between people and inanimate objects. How can new value and meaning arise from seemingly worthless materials? To what extent are things an expression of someone’s identity? Is it possible to design objects that offer a way out of the trap of contemporary consumerism? Can things offer freedom, or do they keep us trapped?

Maaike Fransen graduated cum laude from the Design Academy in Eindhoven, The Netherlands, in 2010. After graduating, she went on to develop her autonomous art practice while also completing numerous freelance projects and commissions. Among other things, she worked for, and in collaboration with, the Danish fashion designer and artist Henrik Vibskov and the Australian body-architect Lucy McRae. Her show HOARDING (DIS)ORDER, made possible with support from the Creative Industries Fund NL, was exhibited in 2014 during Amsterdam Fashion Week. Driven by a desire to expand and deepen her artistic practice, Fransen completed the one-off two-year Master’s programme ‘Fashion Matters’ at the Sandberg Institute in Amsterdam in 2017. New works resulting from this involvement were shown in Comfort Zone(s), a solo exhibition and performance loop staged in the Art Chapel of Amsterdam in July 2019. Comfort Zone(s) was realized in collaboration with MILK Amsterdam (a platform offering pop-up art spaces) and with support from the Amsterdam Fund for the Arts.

Fransen has received numerous national and international prizes. For her 2010 Bachelor graduation project Peripatetic Paraphernalia at the Eindhoven Design Academy, she was awarded the Academy’s Melkweg Award for the most authentic graduation project and the Keep an Eye Grant for young creative talent by the Dutch Keep an Eye Foundation. In 2017, she won the PIG (Practical-Intelligent-Genius) Award, offered annually by Henrik Vibskov to ‘outstanding creative talent’. She currently lives in Amsterdam and works in Weesp.

The Sound of Support 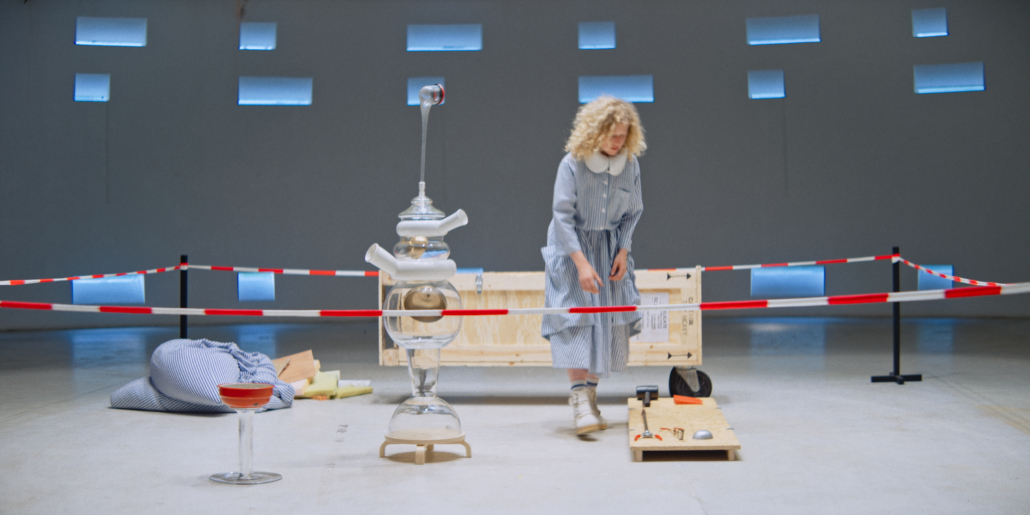 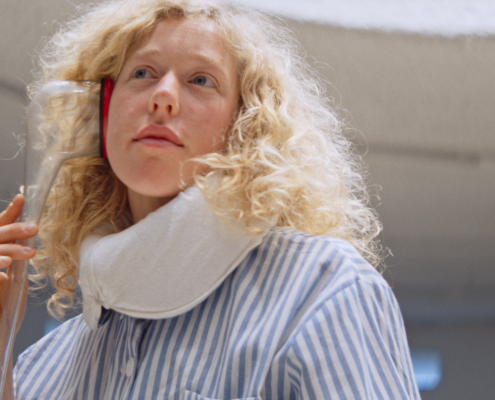 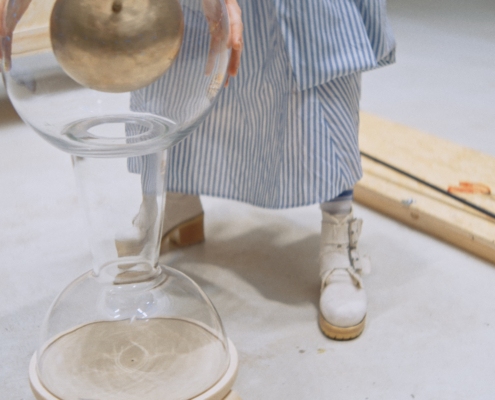 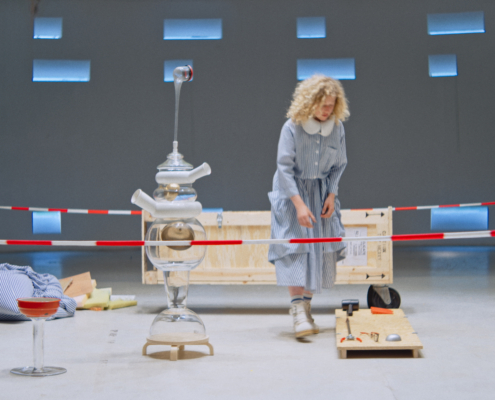 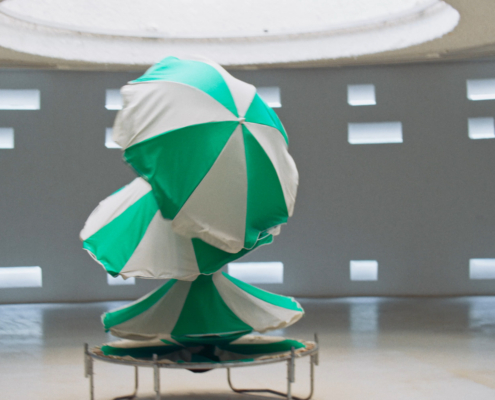 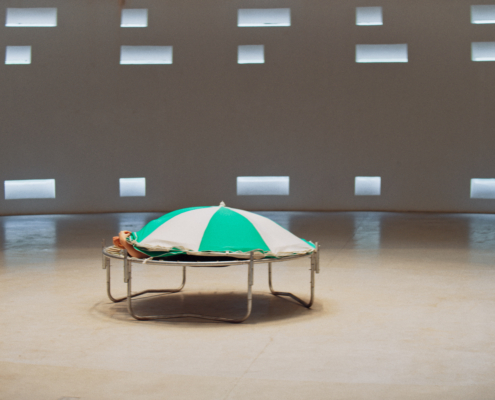 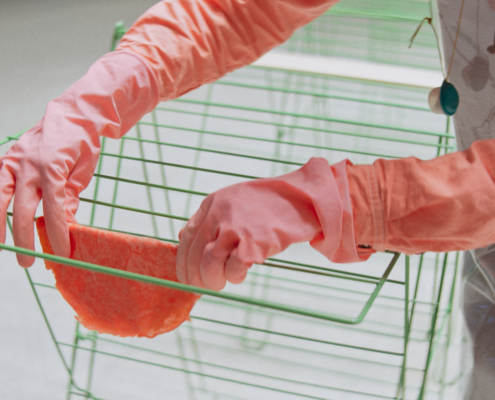 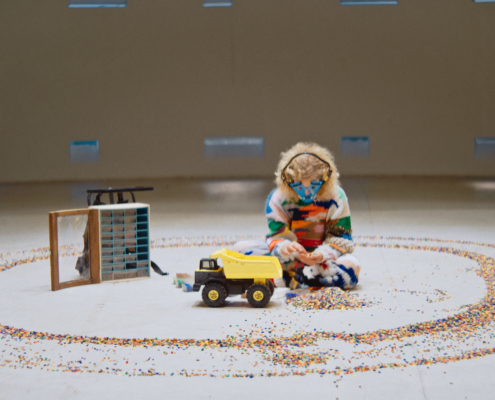 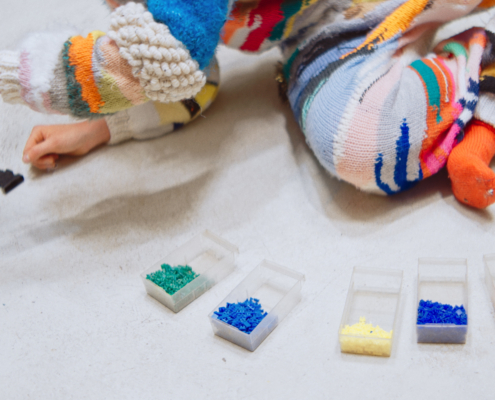 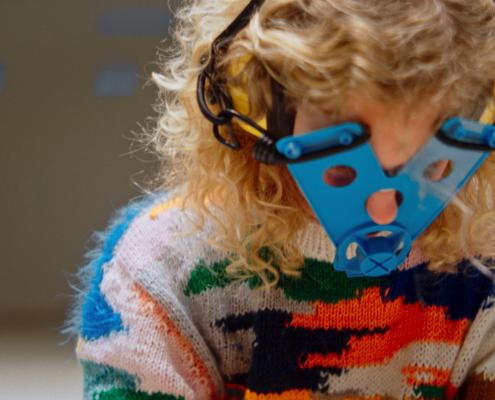 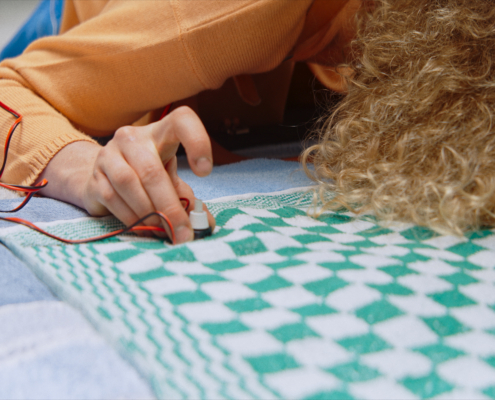 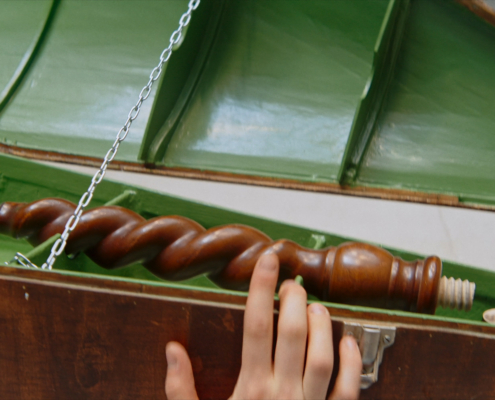 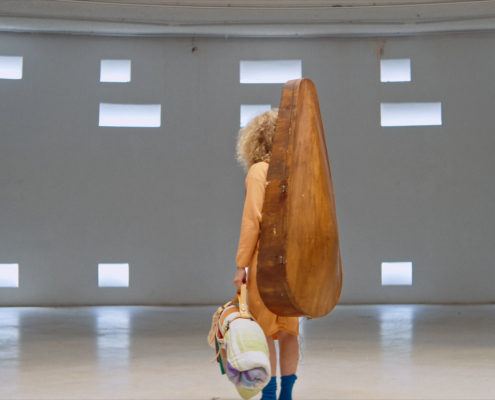 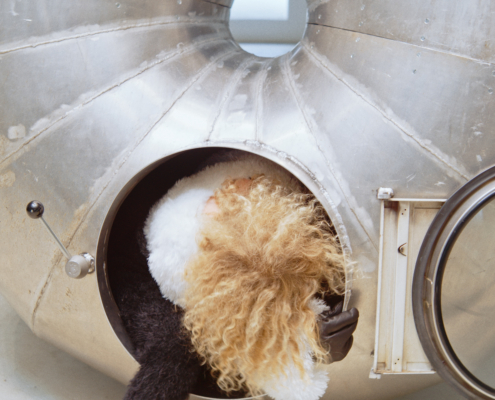 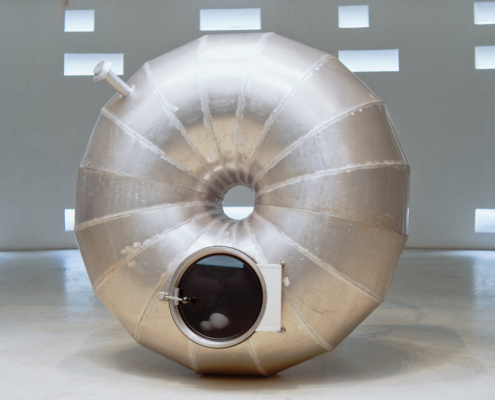