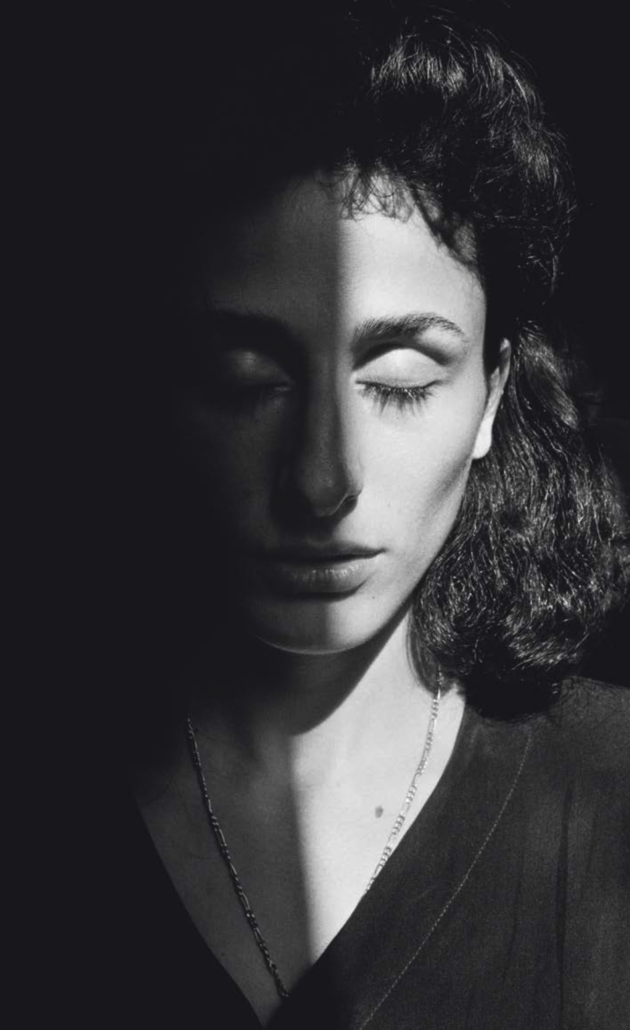 Palermo-born, but trained in Milan, Battaglia (1935 – 2022) worked in Sicily as a front-line photo journalist in the bloody period of the Eighties and early-Nineties. In the review of her exhibition in  Liverpool’s Open Eye Gallery last year, Michael Day introduced the works from Battaglia as the testimony of violence with the eyes of an experienced photojournalist. “Her most famous monochrome images show death and squalor – memorably in the immediate aftermath of the shooting of a prostitute and two clients. But Battaglia created tension in her work by combining such images with delicate still lives and intense portraiture of Sicilian children and women. As such, she showed how organized crime is blighting the lives of whole families and generations.”

Battaglia’s career as a photographer wasn’t easy from the first beginning. Not until her 34 did she start to pick up a camera, and by the time she was in Milan, already a mother of three kids. Rachel Spence in Financial Times described how Battaglia encountered the theme of Mafia as following. “Discovering that supplying images with her copy boosted her wages, she applied herself to the craft. Although her signature images of murder scenes earn her regular comparison with the American photographer Weegee, it is telling that she names Diane Arbus – who revealed our own shadow selves in her freakish subjects – as her greatest inspiration.” (Rachel Spence. “Letizia Battaglia: Breaking the Code of Silence, Open Eye Gallery, Liverpool – review”. FT, February 26, 2014)

Battaglia’s attitude of “anti-Mafia” and deep thoughts towards her country was developed stronger as her works grew maturer. There is again another description from Rachel Spence, “Among the many Italian masters who might claim her as their heir, it is Caravaggio who makes the strongest case. Like Battaglia, the 17th-century painter was a magician of light and shade. He too sought out the dead and impoverished as models. (Battaglia’s corpses, encircled so often by operatic crowds of mourners, paparazzi and policeman, recall Caravaggio’s painting of the Virgin on her deathbed surrounded by a chorus of stricken followers. And her image of two filthy, naked feet, captured as their owner kneels on stone steps, picks up one of his favourite motifs.)” It is not too much to compare Battaglia with the Italian great painter Caravaggio. Both of them deal with light and darkness, life and death.

She is without a doubt a great contemporary photographer, artist, journalist, and social activist. She has won numerous photo awards worldwide. Battaglia has been represented by LANGart (previously Metis_NL) since 2003. 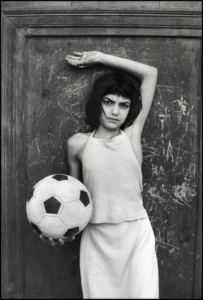 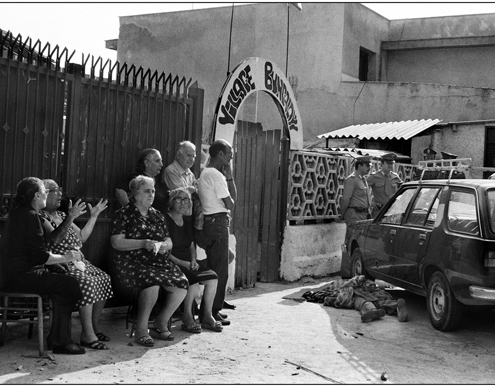 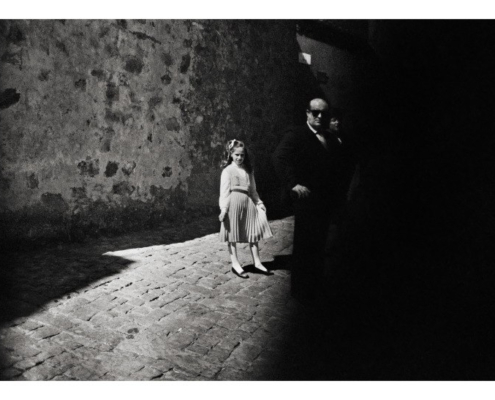 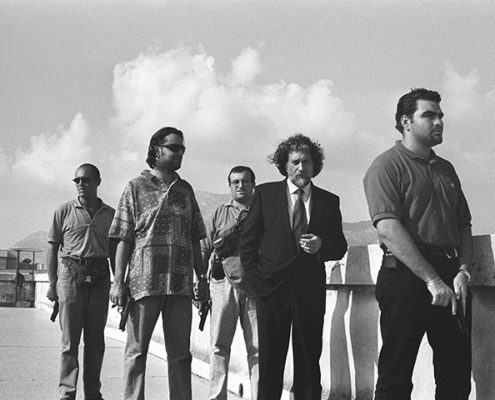 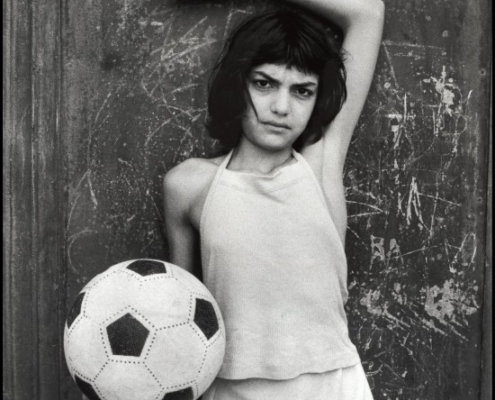 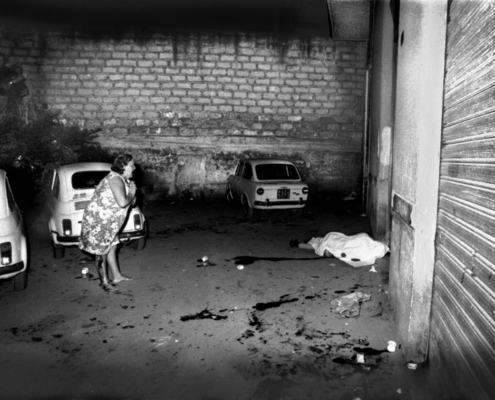 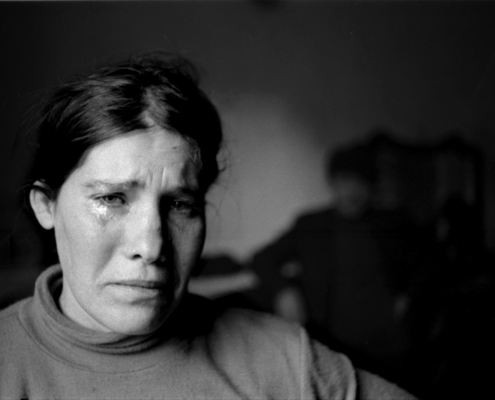 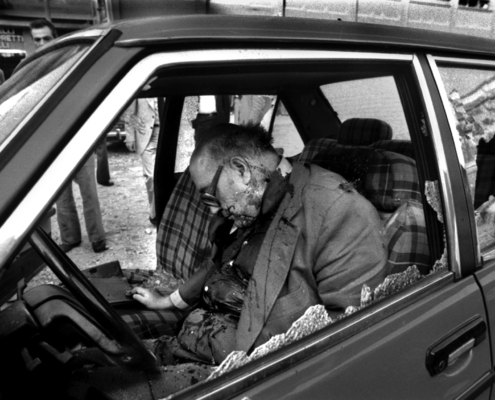 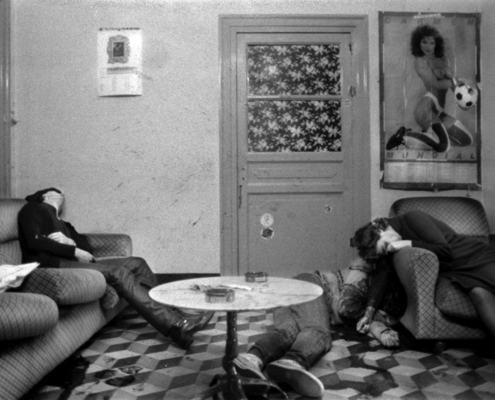 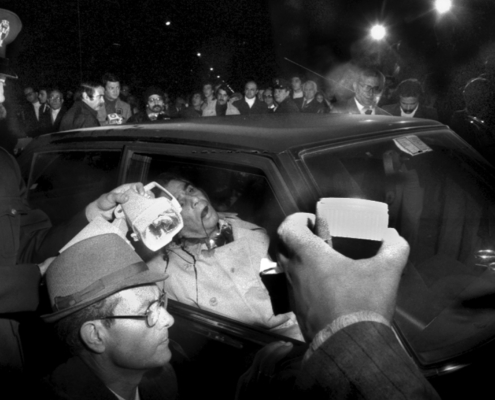 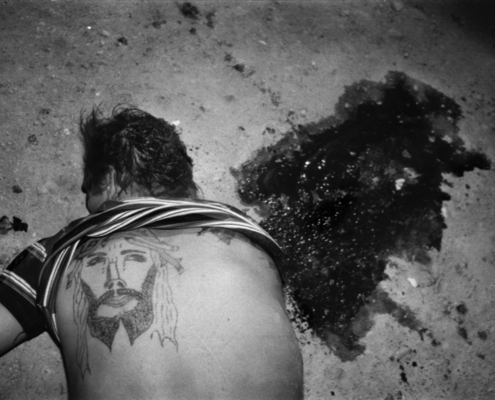 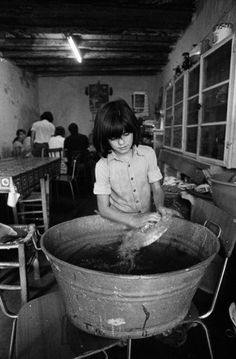